Getting stung by insects is never pleasant, but wasps and hornets are especially dangerous. These flying insects are very aggressive, and allergic reactions to their stings send many children to the hospital each year. If you find a hornet’s nest, all you have to do is remove it, right? Not so fast. Nests are dangerous to remove because each nest can contain literally thousands of these stinging, easily-upset insects. Your best bet is to call in a professional to do the job for you.

The Dangers of Wasp and Hornet Venom

Wasps and hornets both have a particular kind of venom that is both painful and potentially life-threatening to humans – especially children.

Wasps: Wasps have a multi-step micro-assault. If the wasp is on the offensive, the sing serves to paralyze its victim so it can be transported back to the nest. If it’s on the defensive, the wasps delivers enough venom to cause so much pain that larger animals will be incentivized to leave well enough alone 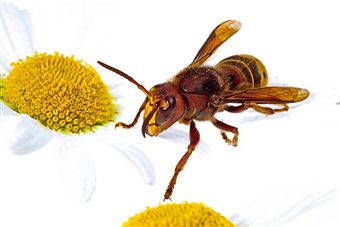 The venom is actually delivered into the person’s blood stream via the stinger. Since wasps don’t have a barbed stinger like bees, they can sting multiple times thus delivering multiple injections of their venom. The peptides and enzymes in the venom break down cell membranes. Norepinephrine works to stop the flow of blood – thus intensifying the pain. This is why the stinging sensation and pain can last for several minutes.

Hyaluronidase and mast cell degranulating peptide (MCDP) are the other substances in the venom that literally melt through cell connective tissue, causing redness as the injection site.

Hornets cause a much nastier pain sensation since their venom consists of about 5 percent acetylcholine. Like wasps, hornets can sting multiple times. The toxicity of a hornet’s sting varies with species. Some of them are not fatal, but others (like non-European hornets) can be if they are allowed to sting your children multiple times.

Both hornets and wasps can send out attack pheromones that signal the entire nest to sting in defense. Your children don’t stand a chance if they accidentally come upon either of these vicious insects’ nests.

Most professional exterminators have many years of experience dealing with hornets and wasps. They know every precautionary measure, the risks, and how to safely dispose of the hives and nests.

Professionals Have Equipment You Don’t Have

Dealing with both hornets and wasps is best left to professionals. Even the store-bough cans of insect repellant may not be enough to deal with the threat on your own. First of all, those insect cans (or bug bombs) are a consumer-grade insect control chemical. Professionals have access to chemicals that are not only more effective but are actually safer around your children and pets.

There’s little you can do to prevent wasps and hornets from returning, but professionals have many strategies to make your home and property safer for your children. Once you get rid of the pests, they should stay gone, and a professional can make that happen. 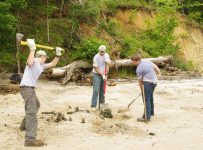 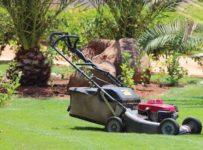