Plants that dance to music, eat rats and resemble sheep really do exist across the world. They are some of the rarest and most interesting plants on our planet and here’s everything you need to know about them.

Did you ever see a plant dance to music? Well, this one does. When exposed to vibrations, warmth or direct sunlight, the Dancing Plant actually makes jerky movements as though it is dancing along to the beat. Charles Darwin was pretty impressed with this plant.

This unusual plan has fused petals and what could be described as a hairy lollipop. The plant attracts insects through its horrible smell and traps them in the tube of the flower, using small hairs that line the tube. Unusually, this flower does not eat the insects. Instead, it traps them long enough to cover them with pollens.

When you touch or blow on this pretty pink plant, the leaves begin to close up to protect itself, or perhaps to frighten the predators. The foliage also closes during the night and reopens as the sun rises.

Yes, carnivorous plants do exist, and the rat-eating pitcher plant is said to be the largest of its kind. It’s so large in fact that it can even digest rats. The plant gets its botanical name from Sir David Attenborough, the famous nature broadcaster.

This plant is named so because it smells like rotten meat. It gives off this smell to attract and capture female blowflies inside its swollen cavity. It keeps the flies in this cavity throughout the night and covers them with pollens, before releasing them, so that they can move onto the pollens to other plants of the same species.

The Rafflesia Arnoldii is the world’s largest flower as it can reach over three feet in diameter and can weigh over 20 pounds. This flower is completely dependent on a host in order to survive. For example, it can be total dependent on a vine. This flower is only in visible bloom for around seven days and gives off an odor similar to that of rotting flesh.

This plant is found in New Zealand, and its small white flowers and hairy leaves give it its distinct sheep-like appearance, although they are hard to touch. They are found in dry, rocky alpine areas.

This floating plant has snap-traps on each of the ‘spikes’. The traps have trigger hairs, which when stimulated, close the traps.

There you have it, some of the more unusual, and frankly disturbing plants, you could encounter. If you come across an unusual plant, you can send it in to a company such as Geneblitz for a DNA forensics test in order to identify the plant material. 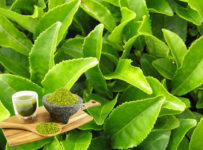