You’ve heard of home alarm systems before. They protect your home from burglars by using a variety of sensors, and some systems are very sophisticated – dialing directly into the local police department. Did you know that part of some of these home alarm systems consist of infrared motion sensors? It’s true. These sensors work very differently from the types of sensors that you might be accustomed to, but they greatly enhance the security of your home.

What is an infrared sensor?

When you go grocery shopping, you probably never think about it, but the door open automatically for you. You walk in. You go about your business, but how does that door open in the first place? It opens because an intense burst of microwave energy is aimed in front of the door. When someone or something passes in front of it, it changes the amount of energy or the time it takes for the energy to make it back to the sensor. 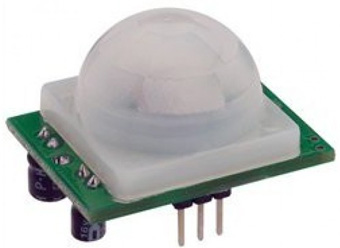 This is how the door knows how and when to open for you. This type of sensor is an active one. Sensors used as part of infrared systems are passive. They detect changes in temperature. In the case of infrared sensors used around the home, they’re designed to detect human beings and, specifically, movement.

By sensing rapid temperature changes, these sensors can determine if someone is moving closer to a home or has breached the perimeter. The human skin temperature is about 93 degrees, and radiates infrared energy between 9 and 10 micrometers. The sensors used around the home are able to detect changes in the 8 to 12 micrometer range.

They cannot, however, “see” through glass. This is why, with burglar alarms, the infrared sensors cannot detect movement outside the home directly outside of a window.

Where to put sensors

Sensors are good for up to 80 feet. Keep that in mind while placing sensors around your home. Also keep in mind that sensors cannot see through glass, so don’t position sensors in front of them. Instead, try to place sensors near openings in your home, like doors, windows, and other entryways.

As long as the sensor is facing in such a way that it would detect motion from an intruder, it’s going to be effective. Intruders usually like to head straight for the master bedroom. If you have any windows in there, situate the sensor so that it is set back a little ways from the window, but aimed across it. This way, an intruder will have to trip the sensor when entering the home.

Avoid aiming sensors at heating vents or where there is direct sunlight that shines at the sensor. Also avoid aiming the sensor at radiators. Doing so might trigger false positives.

If you have an alarm system already, consult with your technician. He can guide you on how to add infrared capabilities to your existing system. Remember that motion detectors work best when the intruder walks past it as opposed to walking toward it so make sure you position sensors in such a way that intruders have to walk past them.

Use a drill and screws to secure sensors to the wall. If your sensors are not wireless, route the wire to the control panel. You may have to route the wire along the baseboard of your home and through the wall to get there, but it will pay off in the long-run. The more concealed the sensor, the better. 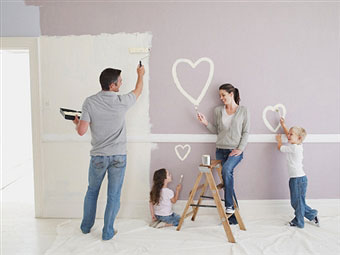