You have probably seen concrete mixers on construction sites, pouring concrete to make foundations when building homes. But have you ever found yourself wondering, “How does a concrete mixer work?” How do they manage to transport concrete, without it solidifying and forming a heavy immovable mass inside the machine? How do they mix the materials in the concrete together so that they form a smooth and homogenous substance?

Concrete mixers are actually quite a clever machine and they are specially designed to do the job of evenly mixing the components of limestone, cement, gravel and sand together. They are much more effective than hand mixing and they are able to carry very large loads of cement to construction sites. 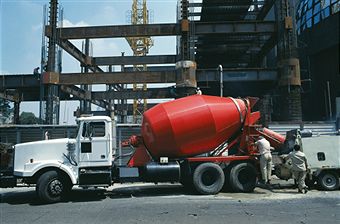 Concrete has been used as a building material ever since Roman times, but in the past it had to be mixed by man power alone. The concrete mixer machine wasn’t built until the 20th century, but it has made large scale construction much more efficient and cost effective.

A concrete mixer has a large revolving drum that rotates constantly at an even speed. All of the materials used to make concrete are placed in the drum, along with water. As the drum rotates, the materials inside become mixed together. This means that over time the concrete will become thoroughly combined, so that the finished product is as uniform as possible.

Concrete is incredibly heavy – a large batch can weight more than 30,000 pounds. The trucks that haul this type of weight must be incredibly powerful and tough. The engine of most of these trucks ranges from 250 to 300 horsepower, depending on the type of concrete mixer. Some of the larger machines require an engine of more than 400 horsepower. Usually these are diesel engines, because they are more rugged and reliable and they will last longer.

The history of the concrete mixer

The concrete drum mixer that we see on the roads today hasn’t really changed much from the original vision that Stepanian had of a concrete hauler. The mobile transit mixers that we see consist of an engine, a rotating mixer and a truck frame. These large mixers are designed to accommodate large batches and to come in two different varieties – continuous mixers and batch mixers.

The batch mixers are the most popular type and they are designed to receive all of the ingredients of concrete in one batch. Once the batch is mixed, it is then released all at the same time as one continuous mass. Continuous mixers work a little differently than this, they are constantly fed with concrete ingredients and as the material mixes together it is continuously released out of the machine.

There are also small styles of concrete mixers that are designed to only produce a small amount of concrete. They are usually used for small-scale do it yourself projects and they are usually the batch mixer type.

So next time you are at a building site and you see a concrete mixer slowly rotating it’s large drum, think about how powerful this machine is and how much it has changed the construction world. 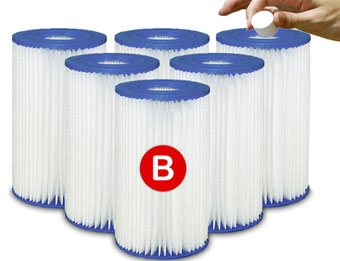 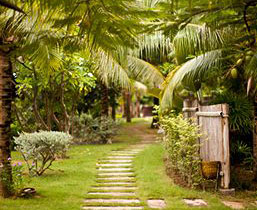